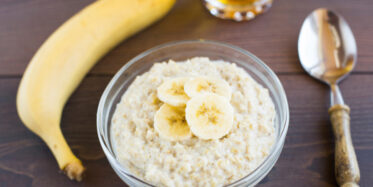 Timing of pre-exercise carbohydrate intake is important and will vary on whether it is pre-training (endurance/high-intensity) or pre-competition. Although similar for long endurance training days, this blog will focus on pre-competition ingestion.

My last blog discussed the storage of carbohydrates in the body. Skeletal muscle has a capacity of 300-600g (1200-2400 kcal), while the liver has a capacity of 80-110g (320-440 kcal). Muscle glycogen fuels active muscles. Liver glycogen stabilises blood glucose levels that supply glucose to the brain.

Carbohydrate intake in the hours before competition?

Following overnight rest, liver glycogen is almost completely depleted. Muscle glycogen is also depleted but to a lesser extent. Since most endurance events lasting more than a few hours start early, breakfast becomes a very important meal. Consuming a high carbohydrate breakfast (140-330g carbohydrates) three to five hours prior to competition replenishes both liver and muscle glycogen. Consumption closer to an event will only replenish liver glycogen. Examples of carbohydrate rich foods include bread/bagel (with jam or honey), oatmeal, cereals and bananas.

Although improved performance is often attributed to muscle glycogen, liver glycogen may be of greater importance. Liver glycogen helps to maintain blood glucose levels during exercise. With the onset of exercise, blood glucose levels will drop. Ingesting carbohydrates in the hours before exercise will help compensate for this by increasing the rate of carbohydrate and glycogen breakdown in addition to reducing fat burning (which can remain suppressed for up to 6 hours following carbohydrate ingestion). Despite these metabolic changes, there does not appear to be a negative impact on performance. This is likely due to increased carbohydrate availability compensating for the increased carbohydrate use.

Carbohydrate intake in the last hour before competition?

Carbohydrate intake in the last hour before exercise causes a spike in insulin levels and an increase in blood glucose. However, the onset of exercise will cause a sudden drop in blood glucose, known as rebound hypoglycemia. Simply put, your blood sugar becomes too low. This is not necessarily a bad thing but can affect individuals differently. A combination of metabolic processes that contribute to the drop include:

Glucose uptake by active muscles, limited glucose output from the liver and, the glycogen oxidation by active muscles results in a net loss of blood glucose (sugar). Subsequently, there is a reduction in available glucose supply to the brain. The effect of this can lead to dizziness, nausea, cold sweats and reduced mental alertness. We all know that feeling of disorientation during a long race or training if we have not fuelled properly!!

Although many studies have shown increased hypoglycemic levels following carbohydrate ingestion in the last hour before exercise, they had no negative effect on performance. Other studies have shown that hypoglycemic levels were not a predictor of performance. However, the timing of carbohydrate ingestion did have an effect on hypolgylcaemic levels. Carbohydrate ingestion 75 minutes prior to exercise exhibited a large effect. Ingestion 45 minutes prior to exercise had less effect. Ingestion 15 min prior to exercise had no effect. One explanation for this is the insufficient time available for a significant increase in insulin levels to occur. Due to the late ingestion, insulin levels are still low at the onset of exercise and as a result, no rebound hypoglycaemia can occur. However, this is not a “one-plan-fits-all” solution. Individual athletes need a personalised plan which they should then practice in training.

Interested to learn more? Then reach out to me here and together we can develop a personalised race-day nutrition strategy. #eatwelltrainsmartracehard #wishitdreamitdoit #sportsnutrition #sportsnutritionistmaastricht